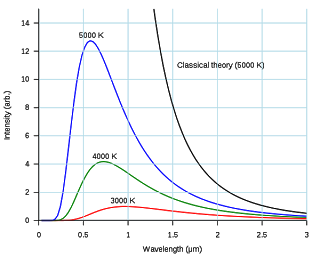 This figure shows the failure of Rayleigh-Jeans Law in predicting the intensity of emitted radiation at wavelengths approaching 0.

Back To Quantum Theory Of Light