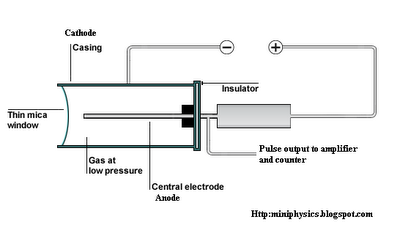 Bromine vapour is used in the tube to act as a quenching agent.

Back To Nuclear Physics (A Level)