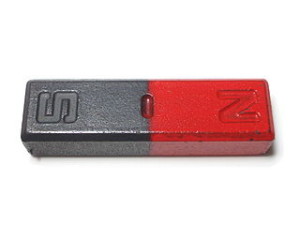 One of the fundamental properties of matter is magnetism. Magnetism is related to electricity. In fact, the fundamental cause of all magnetism effects is due to the movements of electric charges. Common materials for magnets are iron, steel, cobalt and nickel. They are suitable to make magnets due to their atomic structures.

Back To Magnetism & Electromagnetism (O Level)