Home H3 Particle Trapped In A Box Of Length L 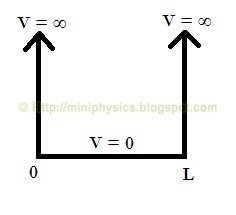 Hence, if the particle is truly confined to the box, the matter wave associated with the particle must have nodes at the end of the box, exactly just like the standing (or stationary) wave that is formed in a length of stretched string.

Therefore, the allowed modes of the standing wave formed must be such that the length L of the box is equal to an integer number of half-wavelengths,
$$L= n \frac{\lambda_{n}}{2}$$
, where
n = any positive integer
λ = de Broglie wavelength of the particle.

For example, the allowed modes of the standing wave formed are as shown below: 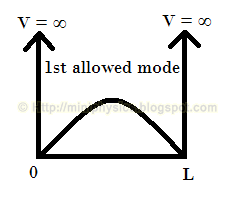 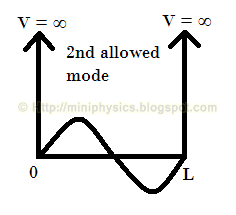 Back To Quantum Mechanics