A mass attached to the lower end of a vertical spring is performing simple harmonic motion. Which of the following statements is correct? 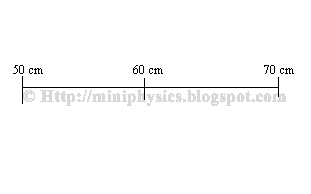 A particle oscillating in simple harmonic motion has its motion timed at t = 0 s when it is at the 50 cm mark. It travels between the 50 cm and 70 cm marks with a period of 2.0 s. Where is the position of the particle at time t = 0.75 s?

A pendulum with a bob of mass m and a string of length L is displaced from its equilibrium position O by a small angle and then released. At the same time, a bob of mass M is dropped and falls vertically downwards through a distance L. A point P is directly below bob of mass M and it happens to be at the same horizontal level as O. The dimensions of the two bobs are the same. 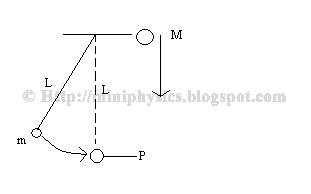 Which bob will arrive at its destination first – bob of mass m reaching its equilibrium position O or bob of mass M arriving at the point P?
(Ignore air resistance and you may wish to use: Period of pendulum, T = 2π(L/g)1/2)

A particle is performing simple harmonic motion between two points A and B. If the period of oscillation is 3.0 s, what is the particle’s maximum acceleration? 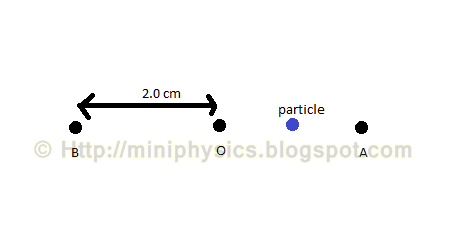