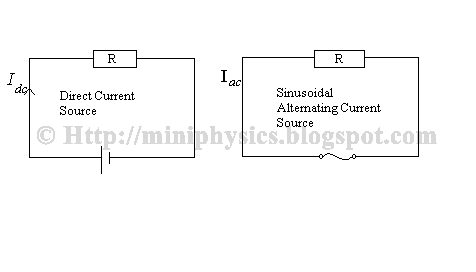 For the left diagram,

Supposing both resistors are dissipating heat at the same average rate:

Canceling R from both sides of the equation,

3 simple steps to get r.m.s. values

For a sinusoidal alternating current, where Io is the peak value