This is a short tutorial on how to draw ray diagrams for plane mirrors. Click on the images to view a larger version. Initially, we have an object in front of a plane mirror.

First, we draw an image of the object on the other side of the mirror 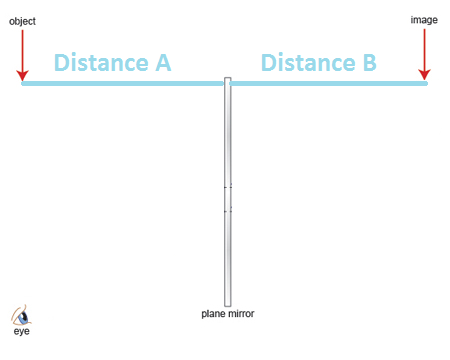 Distance A is equal to distance B and the image size is the same size as the object size.

Second, we draw light rays from the image to the eye 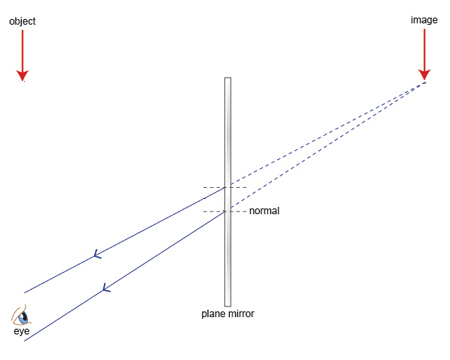 The image is virtual. Broken lines from the image to mirror indicate virtual rays. Virtual image: Light rays do not actually meet at the image position. Because of that, a virtual image cannot be projected on a screen.

Continuous lines from the mirror to eye indicate the reflected rays.

Third, we join the light rays from the mirror to the object Lines joining the object to the positions of the reflected rays on the mirror represent the incident rays.